This week's sample is from Gabriella S. from the 2013 CCSWP.

“Damn! Think, Tate. Think!” I whisper angrily to myself.

I quickly cover my mouth with filthy hands and mentally scold myself. Damn I hope they didn't catch that!‍‍ I peer out of the beaten, rusted dumpster and see the shadows of two, no three men in front of me. Luckily I have an old Swiss army knife that I pocketed from some greasy looking man.‍ I see the shadows move farther and farther away, going deeper into the ally.

I slowly lift up the lid of the dumpster, working hard to keep it from creaking. Once it is up I step out of the dumpster, one leg at a time until I am fully out. Unfortunately I didn't think about the sound of the dumpster closing. It slams shut and the sound echos. I flinch at the deafening sound and look to see the man looking in my direction. I quickly dart away and take off down the street.

"Get back here!" One of them yells as they chase after me.

I'm way faster than them though by the looks of it and I've lived on these streets my whole life. Usually by my age people have been transported at least once but not me. I am a master at hiding from these guys. It's not much different from running from the cops.
Posted by Unknown at 5:14 AM No comments: 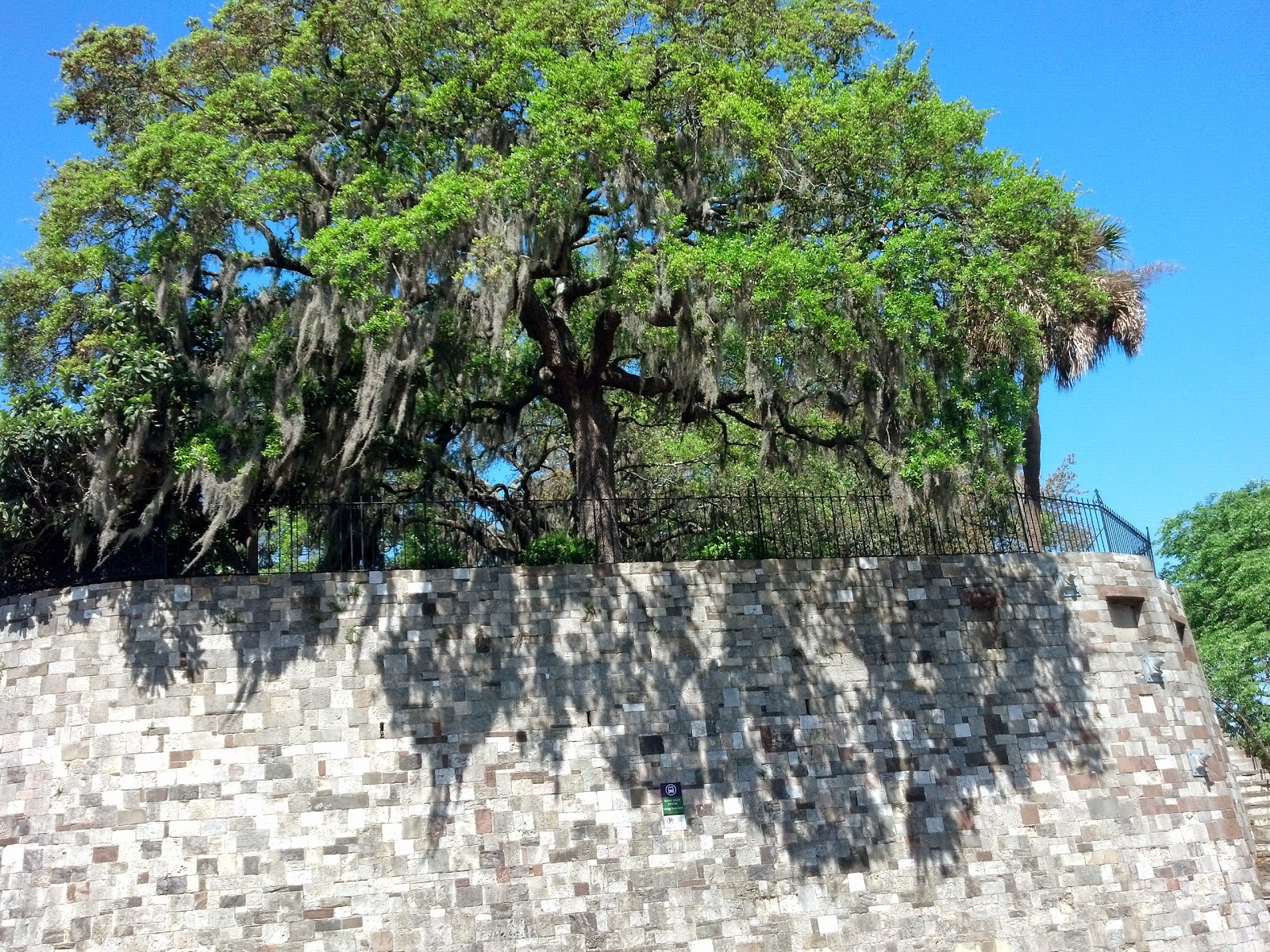 You may have noticed a lull in postings last week. It was due entirely to school vacation - the euphoric "Spring Break" for the year of vortexes and never ending Winter.

I was fortunate enough to visit the city of Savannah, GA during that week. It was my first time there, and I arrived with very few expectations. I knew very little about the city, but it did not take long for it me to develop a soft spot for Savannah. 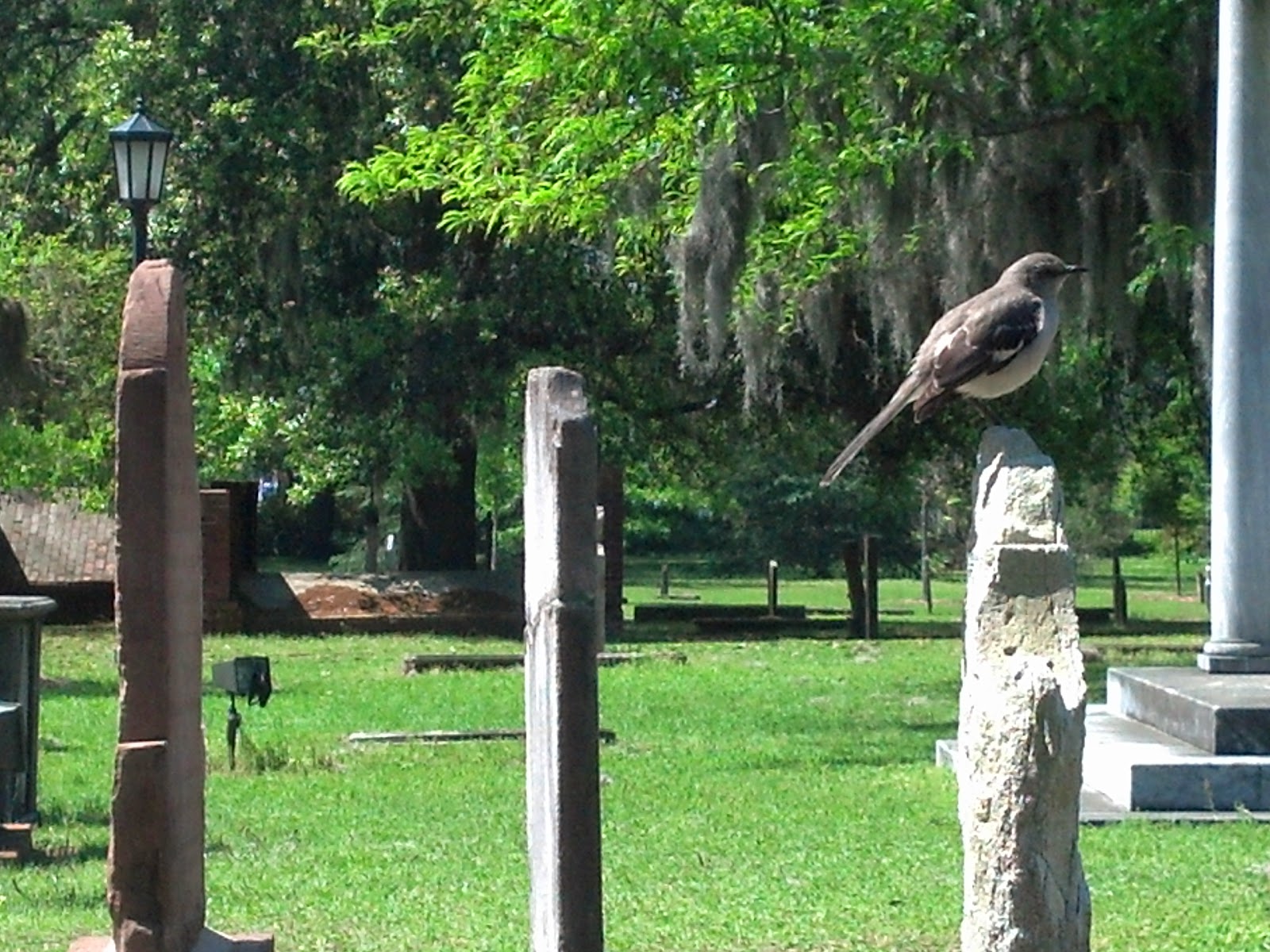 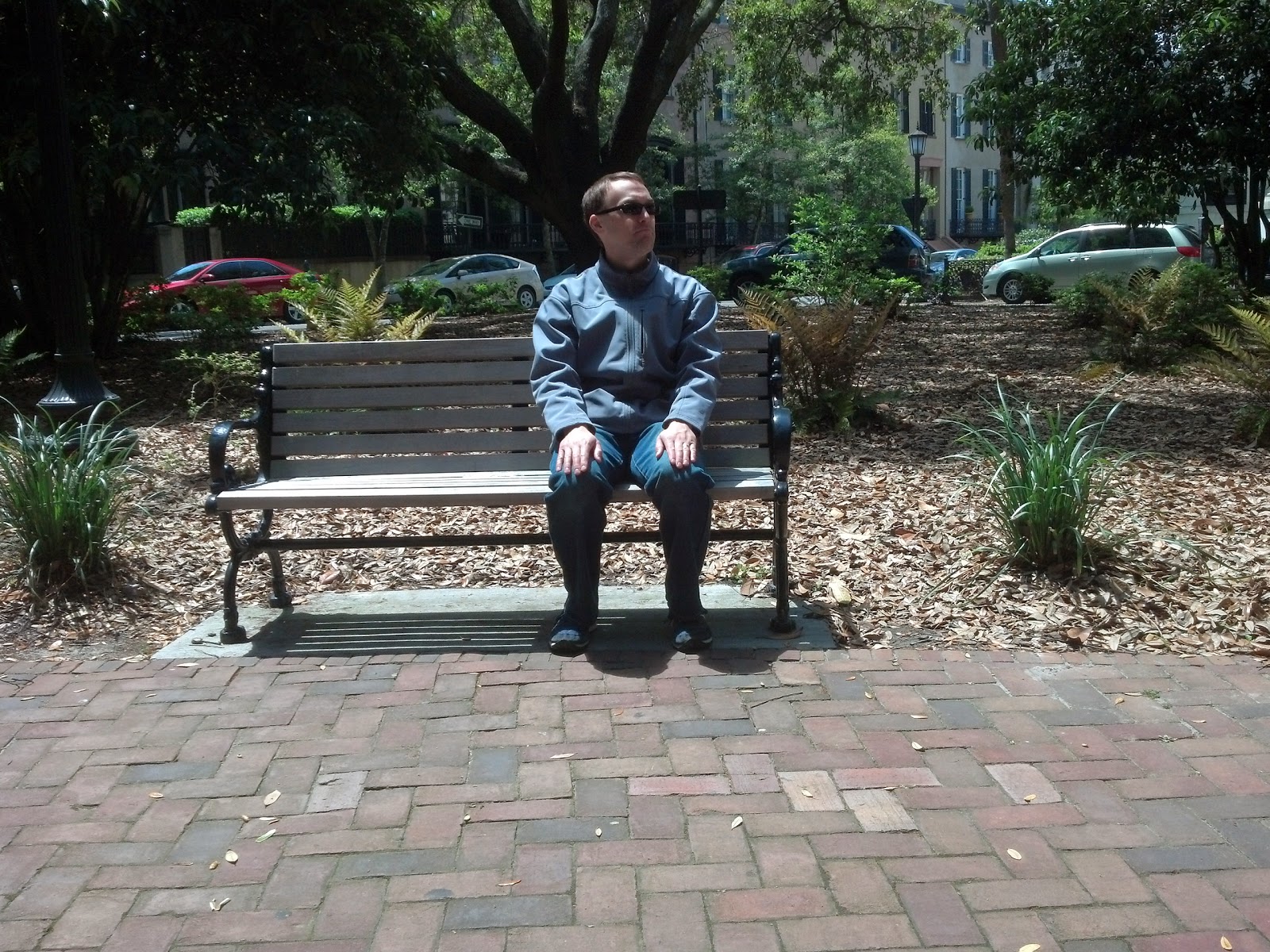 Savannah is a city full of stories. There are stories about the buildings, their inhabitants, their guests, the wood and plaster of the walls; there are stories in the very bricks of Savannah's twenty-four public squares. At night you can walk the streets and see small groups of people huddled around guides of "ghost tours" telling stories of those who refuse to leave The Hostess City. You can even see the locations used by Hollywood storytellers, including my personal favorite, Chippewa Square, the filming location for all the bench scenes in Forrest Gump.

Stories never stop in Savannah. The river welcomes and bids farewell to giant trans-Atlantic vessels stacked with containers. Each a story in itself; each a story yet to tell; each embarking on a journey that has been at the heart of so many stories. 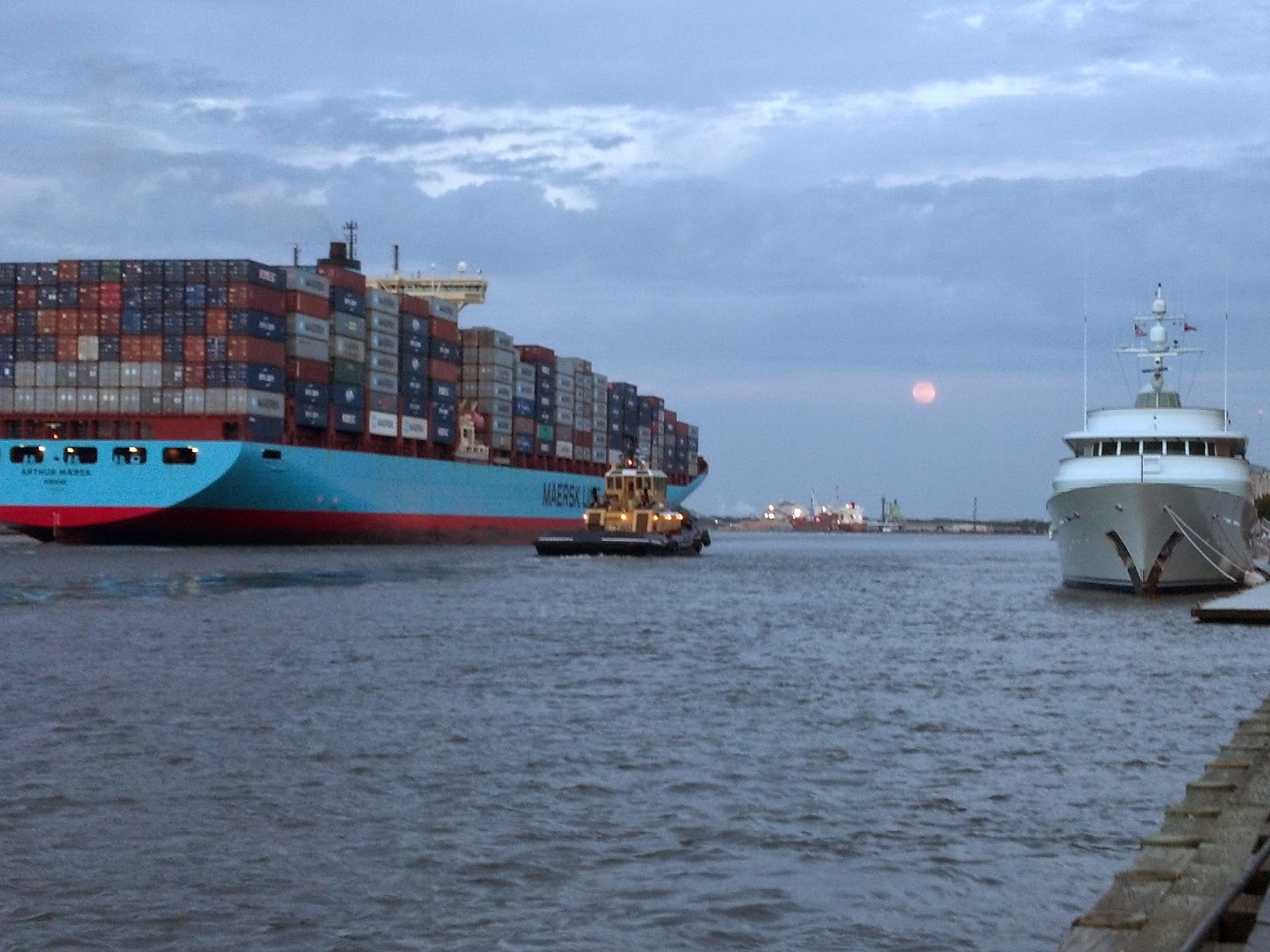 The city also hosts an ever-growing arts college, The Savannah College of Art and Design. Every street is littered with SCAD-clad undergraduates: painters, photographers, game designers, filmmakers. Each searching for his or her own story told in a way unlike any told before.

Here's my story. On our last night in Savannah, my wife and I sat in our hotel restaurant to celebrate our time there. As we sat and chatted, a man came and sat to my right. I glanced over and noticed his hat: a hat from a brewery in my home state of Maine. 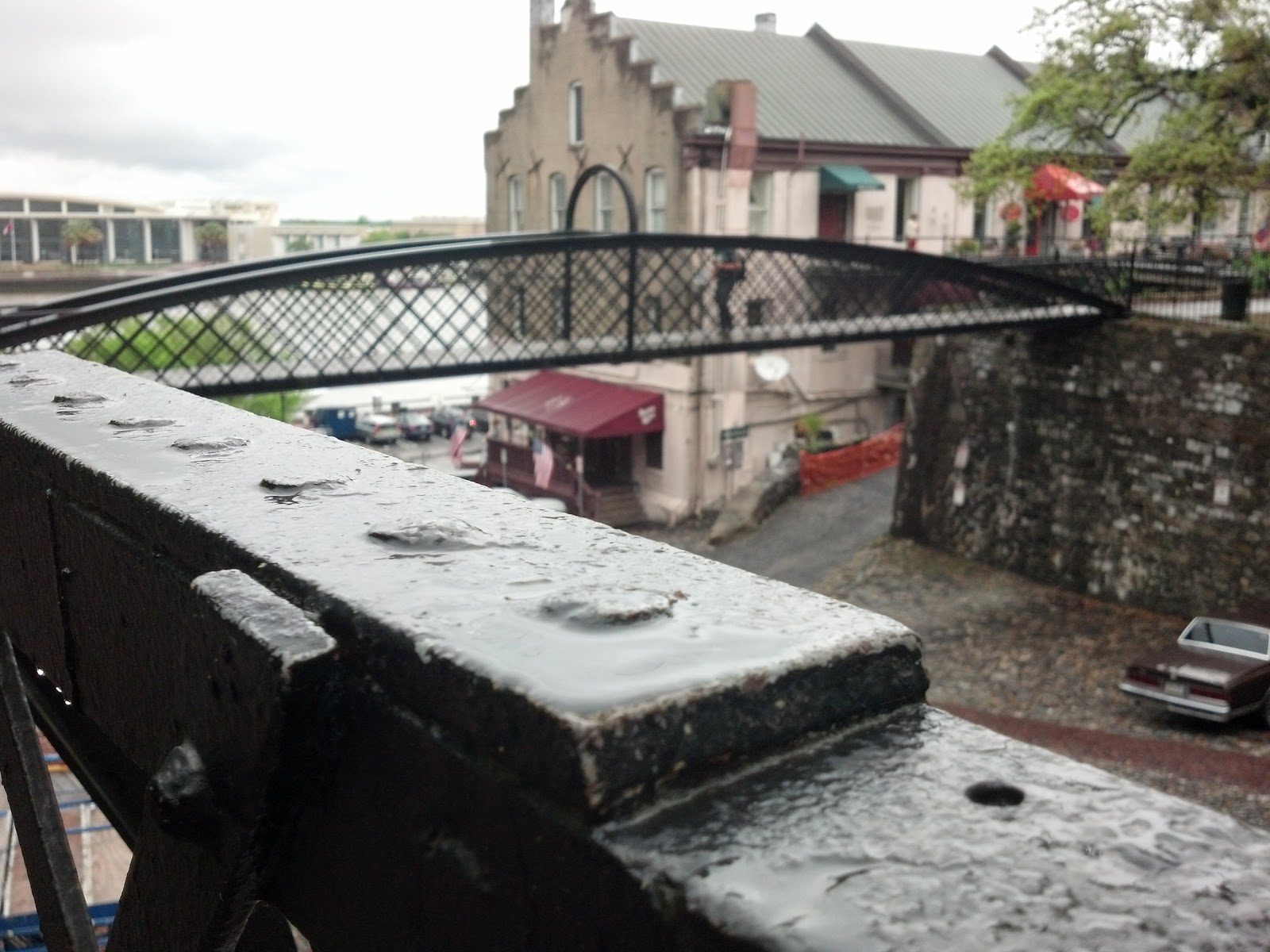 Odd, I thought, to see that hat so many miles from Maine. I asked him about it, puzzled that such a coincidence would occur at this time. He was from New Hampshire, had visited Portland, ME on several occasions, etc, etc. I asked him what brought him to Savannah, and he replied that he was a pilot training with the Gulfstream company - makers of multi-million dollar private jets, based at Savannah International Airport.

Our small talk continued as I asked about his training, if he was military or had flown privately. He had attended Embry Riddle University in Florida. My wife and I had a friend who went there, who also wanted to be a pilot, but had been in a motorcycle crash and could no longer fly.

Strange, said our new friend, he knew someone like that too. 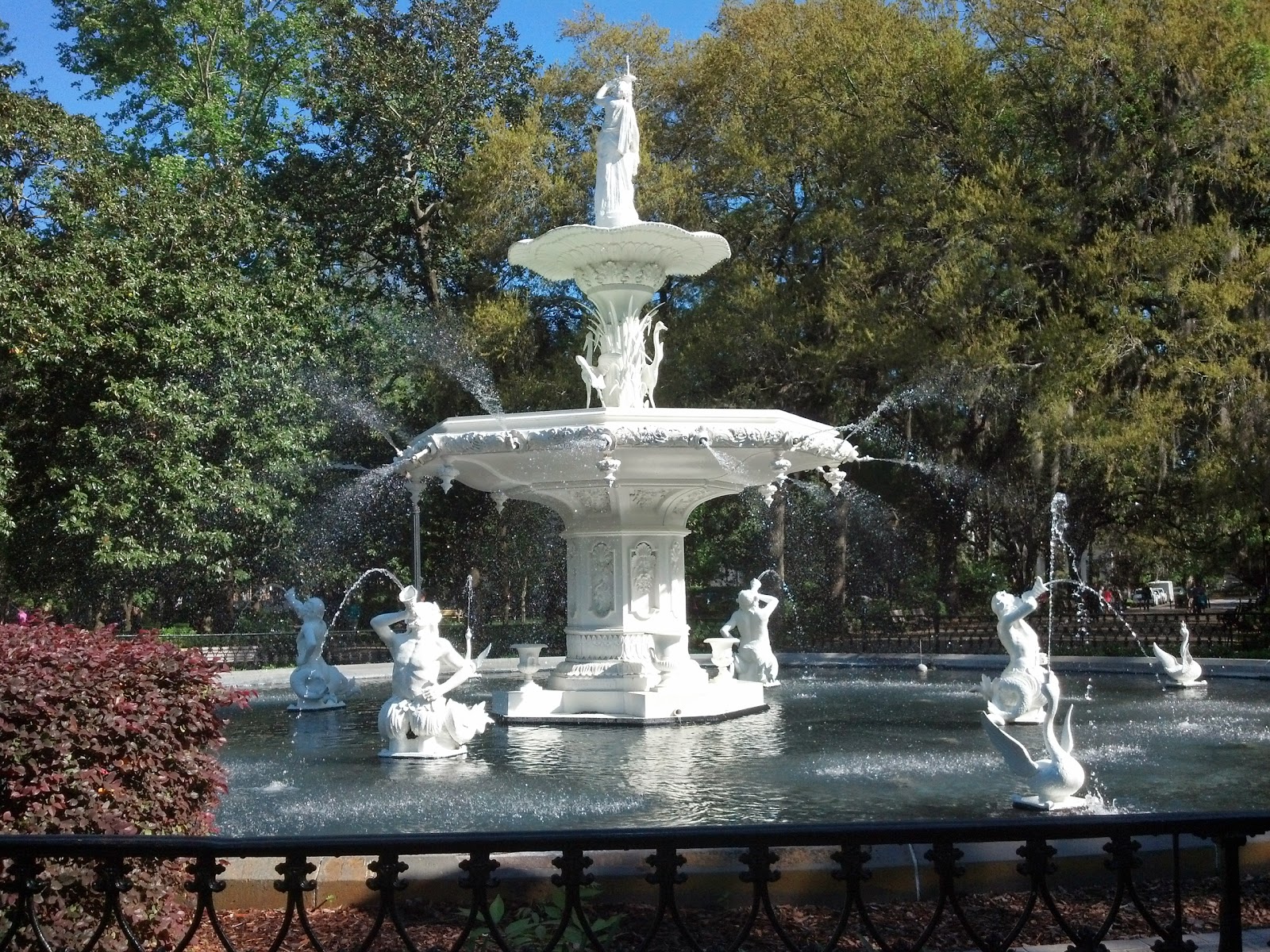 We continued, the similarities increased, and we culminated with the realization that a second mutual friend would be joining our new pilot friend in two weeks at a wedding, and that we may have, in fact, met during our college Spring Break thirteen years prior.

When you consider the circumstances that must occur for such a meeting to take place, the mind reels. What's more, this isn't the first time this sort of thing has happened to me.
Posted by Unknown at 7:25 PM No comments:

Sometimes I ask students to write about a text that they wish they had written. It's usually an exercise in appreciation. The students often talk about texts that have resonated with them for a variety of reasons, or sometimes they write about something that is so clever or so well written that they model their own work after it.

The poem below is a poem I wish I had written. I would even settle for having written the title. It's an amazing piece created by one of my seniors, Emily A. Enjoy it.

"The Season of Dying is Loyal"

Those dazed openings to your mind are glazed with the iridescence of
a baby blue fog. I loose myself in that maze of precipitating cornea. I
push time so hard that I don't find anything worthy of stopping to
observe. When looking is all I thrive on, I blind myself.

I become surrounded with the sweet hum of cicadas. Anointing myself
with a crown of leaves, the decomposing life source that blesses me.
The season of dying is loyal. I die along with it.

Through the windows to your soul, in my wide-eyed degradation, I
confess my love for you.
Posted by Unknown at 11:06 AM No comments:

Upcoming Events - Come Out and Meet Us!

This week is a busy one for the CCSWP. We have three big events this week, and, if you can, we'd love to have you join us.

And, though it's a little later, on May 8th Director Nick Chanese will be visiting the Highcrest PTO meeting in Wethersfield to talk about the CCSWP as well.

I had recently gotten the beat down from Phil, The school bully. He is the only kid to ever be held back! Also, you would not believe how many wet willies this kid can deliver in one minute!‍‍‍‍‍‍‍ ‍‍I had gotten chosen because Phil had beaten me up recently ‍‍and I think the reason for it is because his grandfather died a week ago, but he won't let it go. So he took his anger out on me for making a wise crack about his B.O.
Now this is how it went down: ‍‍‍‍‍‍‍‍‍‍‍‍‍‍‍‍‍‍‍It was a brisk muggy afternoon. Everybody was sitting down respectfully, waiting for me to give out my entire speech about how Phil misbehaved (as I told you all already).

"This will be exciting" I muffled to myself and laughed a little.

"May I have your attention please" The principal spoke. All fell silent "I would like to present to you... Nathan Breefall!" ‍‍‍‍‍‍‍‍‍‍‍‍‍‍‍‍‍‍‍‍‍

Claps were everywhere. ‍‍‍‍‍‍‍‍‍‍‍‍‍‍‍‍‍‍‍‍‍I tap on the microphone a bit "testing testing, one, two, Scooby dooby doo." The whole room filled with laughter
"Thank you thanks you. Now, I have been chosen from my great teacher to be up here today. Now aint that great? Since my big showdown with Phil, I have gotten much stronger as a person, I am aware now that there are some people out there that have some problems with their life. I understand that Phil has a troubled past, but don't do what he did to me." I showed everyone my black eye. "Now, I would like to tell my feelings to every one of you to show how this is not the right way to go if you are upset."

I shuffled through my papers and found the next sheet. I look at the paper and see that it's my love letter to Madi! I look at the crowd. I have wanted to tell her my feelings for a while but I had never had the guts to tell her. But since I was up here and nobody could stop me, I figured now was the time.

“Dear Madi, I know that we have never really talked much, or even looked at each other... But I feel that there is something that I have wanted to tell you for a long time. Ever since the 2nd grade I have looked at you like you’re a princess. A lovely princess that has been looking for a prince. I feel that I could fill that position for you, so I have one question... Will you choose me to be your prince?"

That did it. Everybody had lost it. Laughing, holding their sides, even the teachers were laughing their guts out.
Posted by Unknown at 6:41 AM No comments: